Jesus looked at them and said, “With man this is impossible, but with God, all thing are possible.”
Matthew 19:26

The world we live in is becoming increasingly skeptical of the Bible.  There are those who adamantly say that the Bible is of no consequence and refuse to consider anything it may say.  Another segment of the population laugh at it contemptuously and deny its truth.  Others read it, study it, and believe parts of it but place the difficult passages into a file labeled “Fables and Legends”.   God is far bigger and more powerful than any of us can imagine.  We tend to define Him down to our level because it makes Him seem more familiar to us.  The truth is, He is so far above us that if we were to see Him in His full majesty and glory, we would not remain alive.  He is a God to be revered and feared.  Because He can do impossible things.

A DVD of Alice in Wonderland, directed by Tim Burton, 2010 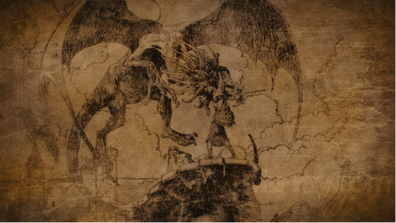 Alice in Wonderland is a story written by Lewis Carroll in 1865, and has been adapted into movie format a couple of times.  The latest creation by Tim Burton is a bit dark and even strange at places, but near the end of the movie is a prize clip—the battle with the Jabberwocky.   As the story goes, Alice has finally accepted the fact that she has been chosen to defeat the dreaded Jabberwocky, a huge, hideous, dragon-like creature.  The scene is set as she begins walking toward her monstrous opponent.  As she proceeds towards her nemesis, she begins recounting six impossible things that she now believes in.The fight scene commences and eventually concludes with her deftly severing the huge creatures head from its body, and Wonderland returns back to normal.

In Lewis Carroll’s sequel to Alice in Wonderland called Through the Looking Glass, Alice is complaining to the White Queen.  “There is no use trying”, she says, “one can’t believe impossible things.”  But the White Queen responds, “I daresay you haven’t had much practice. When I was your age, I always did it for half-an-hour a day. Why, sometimes I’ve believed as many as six impossible things before breakfast.”

I believe in six impossible things, and I didn’t have breakfast today, but it still counts, right?!  Here is my list.
1.  God created this universe, and everything in it, from nothing.  He spoke it all into existence in six, literal, days.  And gave us a record of it all in the book of Genesis.  That’s impossible.
2.  God created Adam and Eve with a free will to do as they wish.  They/we failed, we sinned, and God still loves us.  That’s impossible.
3.  God despises sin so intensely, that a relatively short time after creation, He destroyed the world with a cataclysmic, world-wide flood.  And only 8 people, and two of every kind of animal aboard an ark, survived that catastrophe.  That’s impossible.
4.  God loves us so much that He made a plan to redeem us so that we can live forever with Him in Heaven.  Jesus, who is God, came to this earth, laying aside His Heavenly prerogatives while He was here, and lived a perfect sinless life as an example to us.  He died and was buried and rose again.  He still lives!  That’s impossible.
5.  God is coming again some day to take all believers to be with Him forever.  And we will live happily ever after FOREVER!  That’s impossible.
6.  God will soon judge sin completely and finally as time and this earth come to an end.  Hell is very, very real and worse than we can possibly imagine.  That’s impossible.

I hope you understand I am being facetious as I recount these things as impossible.  The world we live in counts all of these six items to be preposterous and blatantly impossible to even consider.  However, for the Christian, these impossible things are the very basis of everything that we believe.  Without them, we have nothing.

As you continue your walk with the Lord, cement these six “impossibles” into the foundation of everything that you believe.  Don’t allow the world to create doubts in your mind.  All things are possible with God—even the impossible things!  He tells us that all we need do is to believe.

That’s a bit tough in our world.  Many have the erroneous idea that visual proof is necessary before they can believe.  Our senses will fool us.  Many a magician has made a very good living capitalizing on that idea. The only thing that is solid and completely trustworthy is God’s word, the Bible.

I believe in as many as six impossible things before breakfast.  I hope you will also.