God has given us rules to live by.  They are non-negotiable.  We are to obey.  And all too often we find ourselves wondering why we suffer consequences for our actions.  God has promised forgiveness to the one who asks.  But He never promised to erase all consequences.  God has said that He will chastise His children.  That is a comforting, as well as discomforting, truth.

The Story Of Kung Fu Ninjas Moses And Aaron 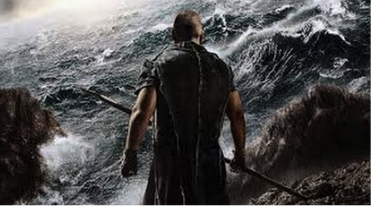 Jesus said in the New Testament that He had come to fulfill the Law, not do away with it. That statement reinforces the idea that much of the Law pointed to, or foreshadowed, the coming Messiah. This discussion will focus on a handful of examples of that concept, pulled from the pages of the Scriptures.

Rephidim is an excellent place to begin. The Israelites had been moving about as an assembly at the direct command of God. The community lacked water and began to express their dissatisfaction. They congregated around a large rock, and at God’s explicit direction, Moses struck the rock and water came forth. They praised God for His provision and continued on their way.

A careful reading of the passage gives a hint as to the picture that God was painting for Israel and us that day.  God told Moses, “Behold, I will stand before thee there upon the rock”.  Jesus was on that rock when Moses struck it.  He would go to the cross just once to pay for our sins.  He was literally beaten for our transgressions.

Interestingly, thirty-seven years later, they again found themselves at the very same location, experiencing an identical challenge. On this occasion, however, Moses was instructed to speak to the rock. In anger, he struck it in the same manner as he had previously. Water came forth, but Moses was severely reprimanded by God for his actions.

The Feast of Tabernacles is described in detail in Leviticus 23:33-43.  It was one of the three major feasts that Israel was to celebrate.  And celebrate is a key word here.  This was to be just that, a week long celebration of God and His goodness, a gathering together of the community, a special time for everyone to enjoy.  It was to take place in the Fall of the year, after the crops had been gathered in.  There was a special feature that was to be incorporated into this feast that was unique.  They were to build temporary “booths” or structures, a tent of sorts, and live in those structures during the feast.

From our perspective today, we can see some characteristics of these times that probably went un-noticed in those early days.  The Feast of Tabernacles was a celebration pointing to, and amplifying the concept of the humanity of the coming Messiah, Jesus.  Jesus stepped into this world 100% human.  He was and is still 100% God.  The God-Man.  Unique, amazing, loving.  His life here on earth was under the same physical restraints that we experience.  God lowered Himself to our condition to demonstrate His love towards us.  He took on the same temporary, frail body that each of us possesses.  Paul talked about living in a tent while here on this earth.  Not a canvas structure.  His reference was to his physical self, his temporary body that would be replaced one day in Heaven with a permanent one.  Jesus took on the same temporary body that we have.  The Israelites were to live in temporary housing during this feast.

Of all of the Law given to Israel by God at Sinai, the Feast of Tabernacles is the only portion that I am aware of that will continue to be observed during the Millennial Reign of Jesus when He returns to this earth.  Zechariah 14 points this out quite plainly.  Why would only this one feast, one aspect of the Law be continued during that thousand years?  It is a celebration of the humanity of Jesus, who during this time will be sitting on a physical throne in Jerusalem, ruling the world perfectly.  And Revelation 21:3 points to the announcement that Jesus, God, will dwell with men forever.

The rock was a picture of The Rock, Jesus.  He was to be struck once and only once.  The cross was not to be a multiplied experience.  Moses had tarnished that picture, and God was displeased.  It is interesting how God is capable of using everything to His advantage.  The people of Israel added many things to their worship experience, both good and bad, but miraculously still kept sight of the beauty of God in the process.  The Feast of Tabernacles was no exception.  Their culturally inspired celebration grew to include a moment of remembrance of God providing for them in the desert those 40 years, specifically the miraculous supply of water coming from a rock in the wasteland.

We are told by Jewish historians that it became a custom of the day that on the last day of the Feast of Tabernacles, they would gather many huge containers of precious water into the temple, and on cue, pour the water out on the floor of the temple and allow it to run out of the building and into the courtyard.  A unique, beautiful picture of the providence of God.

Now we come to the seventh chapter of John.  John tends to give more exact references to time and place than the other Gospel writers.  That alone makes his work unique.  For background into the setting of this episode, understand Jesus has been going about Galilee and the surrounding areas teaching about God for almost three years.  There had come opposition to Him from those who were jealous of His popularity.  So Jesus delayed his going to the Feast of Tabernacles until about midway through the celebration.  His arrival and subsequent teaching disturbed some and bewildered others.

John 7:37 is one of my favorite verses in the Bible!  Remember that the Jewish leaders had adopted the idea of pouring a huge amount of water out on the temple floor on the last day of the feast in remembrance of God’s provision.  In this verse, in my mind, I imagine Jesus standing on the temple steps, arms outstretched, ankle deep in the cascading water rushing out of the temple floor, and proclaiming in a very loud voice, “Let anyone who is thirsty, come to me and drink.”   What an amazing sight to behold!

Jesus is the Water of Life (John 4:10), He is Spiritual Drink (I Corinthians 10:1-4).  The very last words of the Bible, found in Revelation 22, remind us of what is yet to come.  In verse 17 we find God’s final promise of our future in Heaven, and it is no coincidence that we find water mentioned here as well.  Let these be our final words.  The Spirit and the bride say, ‘Come!’ And let the one who hears say, ‘Come!’ Let the one who is thirsty come; and let the one who wishes take the free gift of the water of life.
​
PDF of Lesson
PDF of Story