Do not repay evil with evil or insult with insult. On the contrary, repay evil with blessing, because to this you were called so that you may inherit a blessing.  I Peter 3:9

Our human nature tends to strike out in retaliation when we are harmed.  Jesus clearly taught otherwise, telling His listeners to “go the extra mile” when wronged.  We call Him our Redeemer.  That title takes us back into the Old Testament and the kinsman-redeemer.  When a family member was wronged in any way, it was not their personal responsibility to seek justice.  That job fell to the kinsman-redeemer.  It was his God-given duty to track down the perpetrator and exact payment or restitution.  If we call Jesus our Redeemer, is He not much more imminently qualified to seek justice?  We can simply sit back and let Him take care of things.

A Pan Filled With A Cornstarch And Water Solution
A Smock 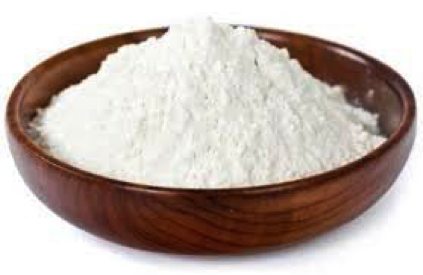 A mixture of cornstarch and water is technically known as a colloid.  When touched slowly, your fingers will penetrate the ooey-gooey substance.  But when slapped hard, it instantly becomes stiff and will not splatter.  When I do this illusion, I make a pan of the substance as I am presenting the lesson.  When I get near the end, I call up one volunteer to have the opportunity to “get even” with me.  I give the volunteer the smock to wear, and place my face within inches of the pan.  I then inform the volunteer that they are to slap the solution as hard as they can to splash as much into my face as possible.  Of course, it goes stiff and will not splatter anyone.

Most of us really enjoy a movie where the bad guy gets his just desserts in the end.  While those movies have a certain feel good sense about them, Scripturally, they are completely inappropriate for the Christian to emulate.  If we are honest, we love the initial feeling of revenge.  But after, there are often regrets and hurting hearts.  The Bible warns us that a heart that plans revenge tends to fill with bitterness as well.  We were hurt and so we strike back and attempt to inflict as much pain as possible.  The old adage that “two wrongs don’t make a right” stands true.  For the Christian, there is a better way.

An eye for an eye and a tooth for a tooth was the formula for punishment in the Old Testament.  I am so glad that God does not hold me personally responsible in the same way.  I would be a doomed man.  God’s standard of chastisement for the Christian is one that is tempered heavily with mercy and love.  But we must never forget that our loving God is a just God and He cannot allow sin to go unpunished.  Jesus took an unimaginable load of sin onto the cross with Him and He paid an unimaginable price for our sins.  It is not that God no longer punishes sin, He still does.  What has changed is that Jesus has already taken our punishment for us.

Throughout the Old Testament and again in Revelation, we see a God of vengeance, coming one day to deal the final blow to Satan and sin and all that is wrong.  The wrath of God, as described by the Bible, is the most fearsome thing in the universe.  It is swift and terrible and permanent to all who will be found on the wrong side of the coin one day.  Some choose not to believe that the loving God that they see in the Gospels could ever do such a thing.  Ignorance will not be bliss.  I had a pastor friend who, every year during election season, would send a personal invitation to everyone running for office during that year.  Those invitations went out to everyone from the guy running to be the new city dog-catcher to the individuals running for the Presidency of the United States.  His sermon title was always the same,  “People That I Would Like to Visit Hell For One Minute”.  His message was directed at all of us in the sanctuary, but especially the politicians in the audience.  His point was that Hell is very, very real, and very, very terrible and very, very full of people that had made the wrong choice in life.  We are all sinners in need of a Savior.

Jesus is known in Scripture by many different names.  Each is not there by accident, for they give us hints as to His character and personality.  One of those names is Redeemer.  To a Jewish reader, familiar with the Old Testament Law given to Moses, this name brings to mind an interesting set of laws regarding the responsibilities and actions of the Kinsman-Redeemer.  In ancient Israel there was no acting police presence.  If you were wronged or robbed, there was no law enforcement official to stand up and take on your case.  God’s plan was that a respected family member would be designated as the Kinsman-Redeemer.  It would then become his duty to seek justice for your case.  Whether tracking down and punishing a thief, or paying the debts of financially irresponsible family members, the individual could rest at home in peace knowing that their personal kinsman-redeemer would take care of things for them.

Likewise, we as Christians have a Kinsman-Redeemer named Jesus.  We can trust Him to take care of the issues that we might feel threatened by.  He has assured us that He will avenge.  He holds that responsibility with the greatest of interest and commitment.  After all, He is our Redeemer.