This day I call the heavens and the earth as witnesses against you that I have set before you life and death, blessings and curses. Now choose life, so that you and your children may live.  Deuteronomy 30:19

Life is filled with choices.  From the moment we arise in the morning, till we lay our head on a pillow at night, we make choices.  Some may seem mundane and small, others huge and daunting.  A solid understanding of Scripture and a close walk with God will fill any decision making process with confidence.

Construction Scaffolding And Walk Boards
A Bicycle
A Length Of Rope 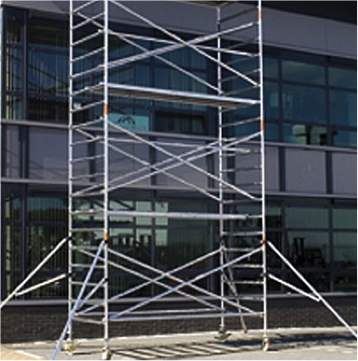 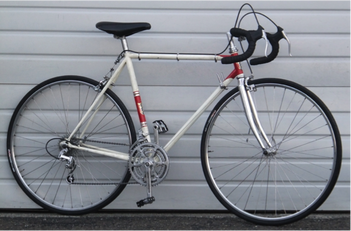 I almost got in trouble with church staff when I did this lesson last.  I didn’t bother to let anyone else in on my plans, and a few people were very nervous watching this take place.  I work on scaffold a lot and am very comfortable with the concept of a scaffold and heights.  Not everyone in the audience shared my lack of concern.  That fit very nicely into my lesson plans.  The concept involved building a scaffold tower 24 feet tall, placing plenty of safety rails and walk boards, putting one walk board on the top of the railing and discussing how I was planning to sit on my bicycle while on that very top board.  During my explanation, I used a rope to pull the bicycle up to the very top.  I then stopped and asked if there was no one in the audience that was going to tell me that this was a horrible idea and to not go through with it.  Of course, then everyone was ready to tell me to stop with this idiotic idea!  I then sat down on the walk board, dangling my feet over the edge and talked a bit about good and bad choices that we make in life.

We all make choices in life.  Some are well executed and wise.  Others are just plain foolhardy mistakes.  A friend of mine some time ago, made a very poor choice one evening, and the consequences changed his life forever.  If we are honest, we must admit that we are all just one bad decision away from ruining our lives.  It is that easy to blow it.

Satan is an ever-present foe, and is fighting a battle with the expressed goal in mind of ruining the life of every Christian.  I had an acquaintance who delved into politics at a national level and found himself living and working in Washington, DC.  He naively went there expecting to be able to just do his job to the best of his ability.  He learned quickly that it is not that simple.  His words describing the political climate in that city was almost shocking.  In effect, he said that he got up every morning knowing that there were at least 12 other people waking up that same day in that same city, whose intent and goal for that day was to destroy him politically.  It was their entire job.  Nothing else.  How do you fight something that intense?

We must acknowledge that we are in a battle, a war, with spiritual forces that can be overwhelming if not handled properly.  Satan has had thousands of years to perfect his expertise.  Our defensive position is minimal at best.  If we insist on going through life on our own terms, making decisions our own way, we will inevitably stumble.  We must be able to step back and look at our situation from God’s perspective, and lay our views aside.

I had a very nice set of scaffolding set up.  It was an all aluminum setup with all of the required safety gear and equipment required by OSHA.  24 feet is fairly high, but this was a very high quality scaffold set.  I got it second hand from a nuclear electrical generation facility.  It seems that the Nuclear Regulatory Commission no longer allows aluminum scaffold in a nuclear facility.  Something about if there were a fire, the fumes from that burning, melting aluminum would not be environmentally friendly.  They sold it at auction.  But believe me, they had purchased very nice scaffolding.  So the scaffold was not my problem.  I had a great bicycle.  It is a classic Lambert brand, made in the 1970’s.  It weighs in at only 20 pounds, and I personally put thousands of miles on it as a young man.  It is a great bike for its age, so that wasn’t my problem.  My rope was a ½ inch braided nylon ski rope with a pull strength rating of 3,800 pounds, so that wasn’t my problem either. I just rode the bike into the room and drove around a bit as I introduced myself.  So riding the bike wasn’t the problem.  What was at issue was where I was planning to make my foolhardy maneuver—at the very top of a scaffold, 24 feet off the ground.

So often in life, we may overlook one small issue or another, make a choice and then wonder why we failed to succeed.  It requires constant attention and an understanding of what is right and what is wrong.  Putting a bicycle in that position is all kinds of wrong!  The pitfalls in life are not always so clearly seen.  Satan loves to camouflage them well.  For example, a PG-13 movie with a wonderful story, great actors… and then out of nowhere are 3 f-bombs and a sex scene…right there in the middle of it!  What is a Christian supposed to do?

We must turn to the Bible.  God says we are to resist the Devil and he will flee.  The dictionary defines the word “resist” as to withstand the action or effect of.  It means that when things happen that we didn’t foresee, and we have a potential problem on our hands, that we don’t crumble and give in and fail.  I watched an elderly man one day walking into church behind a very pretty young lady wearing a dress that was entirely too short for her height.  When he found himself following her through the door, I watched him avert his eyes purposely away from what was directly in front of him.  It was very obvious to me that he was making a concerted effort to resist, to withstand, to not crumble and give in.

It is very easy to become comfortable with sin.  We entertain it for a little bit and then the next time it shows up, we allow it to stay a little while longer.  Pretty soon, it’s an old friend stopping by every day for a visit.  And then we plan a vacation together.

In the Old Testament, there are a number of laws that were given to Israel concerning leprosy.  It was considered an incurable, despised disease.  A careful study of those laws will show an amazing parallel between leprosy and sin.  Leprosy is, in many ways, a picture of sin.  There was provision in the Law for a possible cure.  If a person were to ever be cured of the disease, there were certain sacrifices and actions that were to be taken.  One curios requirement was that if an individual was cured of leprosy and had been declared clean, they were to go to their house, but not go inside.  They were to stay at their front door for one week.  I personally believe that would allow others in the community to go by and see for themselves that an individual indeed had been cleansed and was to be accepted back into the community.  In regards to sin, it shows us that sometimes it takes time to restore a sin-wrecked reputation.  A reputation can be destroyed in a heartbeat.  Building it back up may take much time.

A relationship with God, grounded in the study of the Word and a generous amount of prayer, is our only hope of surviving the battle we are a part of.  May we make wise choices in our lives.