​Seven Laws Of Mr. Lyle Land
(God Has Rules We Must Live By)
(Jesus Is The Fulfillment Of The Law)

All scripture is given by inspiration of God, and is profitable for doctrine, for reproof, for correction, for instruction in righteousness:  That the man of God may be perfect, thoroughly furnished unto all good works.  II Timothy 3:16-17

The Word of God does not just contain suggestions for life.  God’s laws are commandments.  And there are more than ten of them by the way.  Throughout the Bible, God gives us guidance on how to live our lives in a way that is pleasing to Him.  We would do well to adhere to His leading.  We tend to fault the ancient Israelites for their massive failures to obey and follow God.  And often look at the minutia and details found in Exodus, Leviticus, Numbers, and Deuteronomy with awe, and think to ourselves how fortunate we are to now live in an age of grace.  The Law found in the Old Testament was given to the people of Israel as an amazing set of Godly rules to live by.  Remember, they left Egypt without any rulebooks to follow.  They needed direction, and the Law pointed them in the right way.  The Law also served another purpose.  It showed us just how short we come to measuring up to God’s perfection.  And don’t forget that the Law pointed to the coming Messiah, the person of Jesus Christ.  That is why He said that He came to fulfill the Law, not destroy it.

A Kitchen Timer
A Piece Of Velvet Cloth
Hats Made Of Folded Newspapers
A Sign that Says “Welcome To Mr. Lyle Land”
Snack Foods Of Various Kinds 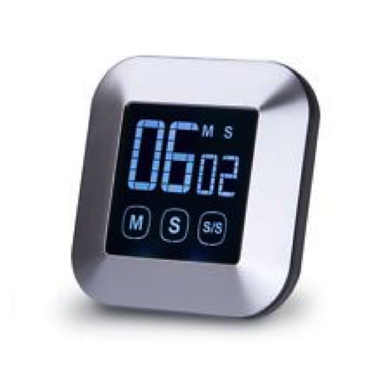 Before class time I will set a table in the middle of the room, placing a number of chairs around it and situating the snacks in the center.  A sign rises from the center of the table—“Welcome To Mr. Lyle Land”
A timer is neatly folded in the velvet cloth.  Volunteers are then chosen to come and have a seat and enjoy “living” in Mr. Lyle Land.  The snacks are theirs to enjoy the entire time they are there, which typically is the entire class time.  Warn them, however, that there are 7 laws there that must be strictly followed, or their privileges may be taken away.  Everyone else is watching the residents of Mr. Lyle Land as they go about their lives.

This is the handout given to each “resident” of Mr. Lyle Land.  I go over each rule in detail, choosing a reliable person to be the “Keeper of Time”.

Once Mr. Lyle Land is up and running as it should be by the laws given to it, the teaching time begins.  At moments like the first couple of changing of seats I will stop and we will all watch the ceremony.  Usually the others in the room are watching the people of Mr. Lyle Land and are very willing to point out their errors when they are made.

I point out that these people have a very good life there with the snacks and all.  All that is required of them is to obey 7 simple rules.  Yes it does take up a certain amount of their time, but it is worth it.  I also point out that they must schedule their lives around the 7 laws.

Jesus said in the New Testament that He had come to fulfill the Law, not do away with it. That statement reinforces the idea that much of the Law pointed to, or foreshadowed, the coming Messiah. This discussion will focus on a handful of examples of that concept, pulled from the pages of the Scriptures.

Rephidim is an excellent place to initiate our tour. The Israelites had been moving about as an assembly at the direct command of God. The community lacked water and began to express their dissatisfaction. They congregated around a large rock, and at God’s explicit direction, Moses struck the rock and water came forth. They praised God for His provision and continued on their way. Interestingly, thirty-seven years later, they again found themselves at the very same location, experiencing an identical challenge. On this occasion, however, Moses was instructed to speak to the rock. In anger, he struck it in the same manner as he had previously. Water came forth, but Moses was severely reprimanded by God for his actions. This rock was a picture, a type of Jesus Christ, The Rock. Jesus was to be “struck” once by going to the cross. That was a one-time event, never to be performed again. Moses, in anger, had tarnished that picture. God felt so strongly about Moses’ behavior, that he was not allowed to enter the Promised Land expressly as a consequence of this action.

Most people have a familiarity with the Ten Commandments. Few realize what the “eleventh” was. Immediately following the first ten are the remaining laws. At first glance, it may appear peculiar, but the eleventh law addressed slavery. An acceptable practice in those days, it should be described as being culturally similar to an employer/employee relationship. The technical points in this particular law allowed a servant voluntarily to become a permanent slave of his owner. Due to the way slavery was to be structured and practiced among the Israelites, this was not necessarily a repugnant idea, and so it was a very real possibility. It required the piercing of an earlobe, and the slave was to repeat these words specifically—I love my master, I love my wife, I love my children. Let’s move now to a New Testament thought. Jesus was voluntarily pierced for us. Jesus loves the Father, His master, He loves His wife, Israel, and He loves His children, the Church. Jesus came to fulfill the Law, not to destroy it.

An extensive portion of the Law dealt with an incurable disease called leprosy. Rules were in place governing how an infected person was to be placed outside the camp and avoided. To be declared a leper was a sentence of a lifetime of loneliness and despair. Leprosy, in the Law, is a picture of sin. It is to be avoided completely and disdained. There is an interesting clause that considers the possibility of a cure. In that eventuality, the healed individual was to appear before a priest, submit to ritual cleansing, and then sit outside his home for a week. What may seem incongruous initially begins to make sense when you contemplate the spiritual picture here. God is able to forgive us when we do wrong, but many times the sin has spoiled our reputation. The cured person was to be seated outside his dwelling for a week as a testimony to his healing. Interested or curious persons could come by and see for themselves that the individual was definitely now cleansed of leprosy. Likewise, a sinner may indeed be forgiven, but human nature is wary of those kinds of claims, until proof can be seen of a genuine change of heart. It requires time to re-establish a tarnished reputation.

In our fast paced world, many overlook the seemingly archaic idea of a Sabbath, a day of rest. The Law was adamant that there was to be a minimum of one day of total rest each week. Failure to follow this command carried the death penalty. Why would God impose such harsh punishment for something so trivial? The Sabbath was, in reality, a gift from God to His people. The concept of a day of rest transcends The Law. God described the seventh day of creation as a day of rest. Some things are God-ordained and structured and are to be unquestionably respected. Marriage, the family, and worship of God are some of the basic tenets that should not be altered to suit cultural norms. God established them as He wanted, and they are to be revered as such. Rest falls into that category. Consider the following list.


The Day of Atonement cannot be overlooked. The Jewish rabbis referred to it simply as “The Day”. This day was as important a picture of Christ as can be found in Scripture, for it pointed to the sacrifice of Christ on the cross. It was not a day for celebration. They were to consider it as a solemn day, a sad day. The day that Jesus went to the cross was a day of intense grief for man, as well as God Himself. All the activities that took place in the tabernacle on that day were to be performed by one man, the High Priest. Jesus went to the cross alone. This was also the one day per year that someone was allowed to enter the Holy of Holies. The Priest would approach with fear and trembling into the very presence of God to make atonement for the sins of the people. The New Testament states that because Christ entered into the Heavenly Tabernacle with his own blood, we can now boldly go before God ourselves. In addition, the scapegoat that was sent off into the desert is a picture of how our sins have been removed far from us because of what Jesus accomplished.

The Law pointed towards Jesus Christ in many other ways. Some occurrences are quite understandable and obvious. Others are more subtle. The Law showed the truth about God. The attention to order and method was incredibly exacting. This was important to God because it all spoke about His Son.