Are You A Moose?

​Are You A Moose?
(Loyalty)

Let love and faithfulness never leave you; bind them round your neck, write them on the tablet of your heart.  Proverbs 3:3

There is one character trait that is often forgotten about in our world today.  Loyalty.  In my day, loyalty was a valued trait.  Today, it is slipping into oblivion.  Years ago it was honorable to stay with an employer for a lifetime of work and remain devoted to the job.  That is no more the norm.  But it is in the other areas of life that allegiance becomes crucial.  The Bible teaches loyalty.  Friendships are much more solid and close when faithfulness is practiced.  Divorce would again be rare if everyone practiced fidelity to their spouses.  And our ultimate loyalty is to God.  No matter what happens in life, we stay close to Him.

A PowerPoint About A Dog Named Moose 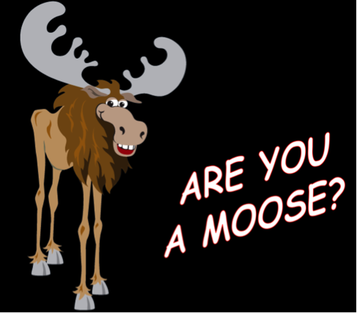 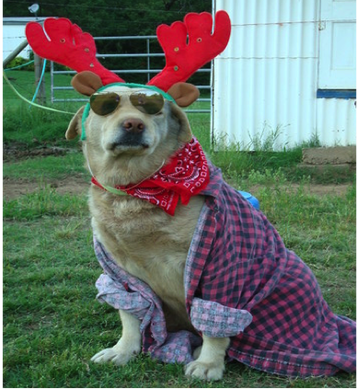 ​Some years ago, a stray dog showed up on my doorstep.  She was a pathetic mess.  The worst case of malnutrition and mange I had ever seen.  I didn’t have time that day to put her down and bury her, so I took her to the vet to let him put her out of her misery.  I was informed that her troubles could be corrected.  In what I guess might be termed a moment of weakness, and $350 later, I had a pet dog.  I don’t think my daughters ever forgave me for the name I gave my newfound friend.  I named her Moose.  She turned out to be one of the best pets I have ever been around.  I learned much from this animal about loyalty.  What follows is her story and mine.

I would like to ask you a question that you probably have never been asked before.  “Are you a moose?”  Before you answer, allow me to tell you a little story.

I stepped out of the back door of my business one day and caught a glimpse of a stray dog running away from the building and disappearing into the tall grass.  Another stray, I thought.  The creek nearby seems to be a magnet for those unscrupulous people who no longer want to care for an animal and mistakenly think that the poor animals will fare well there by the water.  They don’t.  In short order, they find their way back to the first civilization they see, my business, and park themselves close by, looking for a friend or a handout.  Thinking little about it, I went back inside.

It took several months, but in due time she was a normal dog again.  She was MY dog, and no one else’s!  Moose worshipped me!  I supposed that she identified me as the one who had saved her from a horrible existence.  She was right beside me always, never disobeying my commands, placing herself within inches of my feet.  If I moved a foot or two to the right, she dutifully got up and moved to the right the appropriate amount and would then lie back down.  She was the living, breathing definition of loyalty.

My vocational choice involves woodworking.  When I began my foray into the world facing me many years ago, I made a conscious decision to learn from people that I met whom I respected.  The opportunity presented to me involved working with wood for some very wealthy, influential, successful people.  I made a genuine effort to discover what it was that got them to where they were in life.  I knew it had to be far more than just blind luck.  Sometimes, it was simply to observe their behaviors.  Other times, I took advantage of direct one-on-one time across a table in restaurants for “interviews”.  What I learned surprised me, and I would like to pass it on to you.

Accomplished people tend to have some character traits in common.  I was not surprised to find these firmly set in their foundational makeup.  First, there is no such thing as an overnight success.  Many times, a lifetime is required to amass the necessary skills for achievement.  Their stories told of small successes and failures that they learned from and built upon.  It took time.  That did not surprise me.  Second, they were not afraid of hard work—really hard work.  They knew the feel of dirt on their hands and sweat on their forehead, long hours, and at times, low pay.  But their belief in what they were doing drove them on.  That did not surprise me.  Thirdly, they understood the thrill and passion of their commitment.  It drove them to do their absolute very best—at all times.  Excellence: always, always, always!  That did not surprise me.

But one character trait common to all did surprise me!  Allow me to relate to you an observation that I believe is a most excellent example.  I was on a particular job site, and watched another subcontractor walk into the house carrying and sipping on a canned soft drink.  I watched in disbelief as a woman walked up to the man, grabbed the can from his hand, and threw it in the trash.  She then walked to a well-stocked refrigerator, took out a soft drink, popped the top and handed it to him.  He was informed in very firm language that on THAT job, there would be nothing other than her brand products!  You see, she was the wife of the CEO of a major soft drink company.  The character trait that I quite unexpectedly found in every successful individual was LOYALTY.  I found examples of extreme loyalty.  Their lives were filled with loyalty to their product, or their family, or any number of things.

Loyalty is a rare commodity in our culture today.  Decisions are often made based on cost, or convenience, or emotion.  Loyalty is the embodiment of devotion, honesty, integrity, sincerity, and fidelity.  How does loyalty play out in the real world of everyday life?  Think of it as the “duct tape” of life.  Relationships are founded in loyalty.  A true friend will be there when others have disappeared.  Marriage is supposed to be the public display of the definition of loyalty.  Divorce would be nonexistent if loyalty were the norm.  And your ultimate loyalty is to God.  No matter what happens, stay close to Him!

Loyalty will take you far in a world that has largely forgotten about it.  Develop it.  Embrace it in your life.  Don’t make decisions based solely on emotion, or convenience, or cost.  Factor in a generous amount of trustworthiness, reliability, honor—even duty.  Be loyal.