Paul explained to the Corinthian church what true love is, and how it relates to real life.  In essence, everything we do must begin out of a heart of love.  Love is the most important thing in the universe.  God’s love was demonstrated towards us for a reason.  He could have told us forever what love is, but God, wanting all to know the truth about perfect love, showed the universe what it looks like to love.  Without love, nothing that we do in this world has any value.

A Play Called “The Loan” 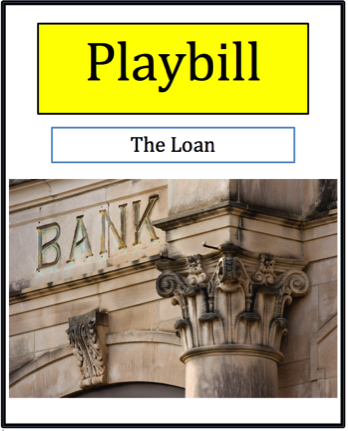 Typically, I will pick a couple of people from the audience to play the starring roles.  As I read the story, they act it out, and repeat the few lines their character has right after I read them.  This story also needs sound effects, so I get several people to be the sound effect crew for the show.  They simply try to make the sound effects that are a part of the story.

In I Corinthians 13, Paul breaks our actions and dealings in life into 5 basic areas.  1.  Speech—what we say to others, about others…everything that comes out of our mouths.  2.  Knowledge—our understanding of the world we live in and how it operates.  3.  Faith—our relationship to God, the church, and everything religious.  4.  Generosity—what we give to others and to God: our time, talents, or money.  5.  Our physical self—extreme sacrifice.  Everything we endure for others.  He reminds us that all of these things are noble and worthwhile activities for anyone to partake of.  But if love is not the motivating factor, if love is not what makes us do the things we do, then we have been wasting our time.  $1,000,000 is an enormous amount of money.  All of those zeros are impressive.  But without the 1 in front of them all, we have nothing of value whatsoever.

He then defines love in a very clear way.  Imagine a prism setting in a beam of light, and as the light refracts in the glass, it is broken into a rainbow of colors.  Here we have love divided out in much the same way.  We speak of love as a single entity or thing, but it is actually made up of many things.  Love is:

Love is the most important thing in the world.  I John 4:8 explains why.  God is love.
​
PDF of Lesson
PDF of Skit