The rain came down, the streams rose, and the winds blew and beat against that house; yet it did not fall, because it had its foundation on the rock.  Matthew 7:25

Our lives must be built upon the word of God with Jesus as the foundation.  It is our only option for surviving this world.  We cannot do this thing called living the Christian life on our own.  The troubles of life would sweep us away, were it not for the ever-present hand of God in our lives.  He protects His own. 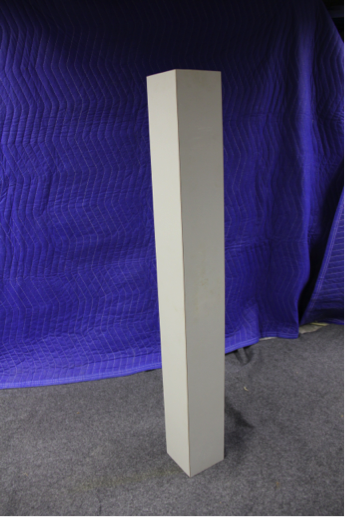 As a person who had spent their entire life working in the construction industry, I have come in contact with many types of foundations.  Some were quite impressive ones, others, sadly pathetic.  One of the first jobs that I ever worked on was a house built right alongside the Arkansas River in central Arkansas.  At this point, the river is a formidable stream of water.  The house was perched plenty high enough to avoid any possibility of flooding in the future, but as they got ready to work the foundations, they discovered river sand extended all the way down to tremendous depths.  Their only solution was to set concrete pilings at intervals and drive them down until they had a solid enough base for the house.  Nearly every piling had to be driven down to a depth of 150 feet before they stopped and felt it was solid enough to carry the weight of the house.  Without those pilings going deep into solid ground, that house would crumble with the sand beneath it.

The world and all of its bobbles and lights is like that sand—shifting and easily moved.  It never ceases to amaze me how quickly society can turn a corner and begin accepting as normal that which until recently was considered abnormal.  We now praise those who have the fortitude to obtain abortions.  We hold up as role models those who engage in homosexual activity.  We applaud those struggling with gender identity, and assure them that what they are doing is entirely normal and acceptable.  How unfortunate.

A student of history, if honest, will attest that these issues are nothing new in the world.  They are just repackaged for the 21st Century.  In ancient Greece, homosexuality reared its head and soon became respectable, almost a requirement for aristocracy to dabble with it.  In fact, they took it to the next level, and I predict it will arrive here soon as well.  Satan doesn’t change his playbook much.  He just gives the plays a new name, but they are still his craftsmanship.  It was considered avant-garde among high society, that men, shortly after marriage, were to establish a “relationship” with a young man of 12-14 years of age, and initiate him and mentor him in all kinds of ways, so that he would be prepared to do the same for others when he grew older.  Today it is still known and called by the name of pedophilia.  I am afraid that our society will cross yet another the line as the ancient Greeks did, and lose sight of what is actually sin and what is not.

The Bible says that sin does not go unpunished.  There will be a day of reckoning someday.  God is patient and merciful, and we must be careful to not try to translate that character trait as accepting or turning a deaf ear to the problem of sin.  He hates sin and has promised to pour out His vengeance upon this world one day and we will see what a righteous God looks like in anger.

But as simple as it may sound, we need to be able to recognize sin for what it is.  Satan is the world’s greatest showman and has the ability to package sin in a way that doesn’t seem so bad or unreasonable.  We become comfortable with little things and it dulls our ability to see the more dangerous things when they come along.  To read and study the Bible is the only way to recognize sin from God’s perspective.

When we fail to recognize sin and tolerate, or even enjoy, it in our lives, we move into shaky territory.  What we have built our life upon will either be the Rock called Jesus, or shifting sand of sin.  One will stand the storm of difficulty in life, the other will not.

May we build our lives upon His solid foundation.  May we be avid students of the Word.  May we be children who talk to their Father in prayer.  May we wear the title of Christian admirably.  It is then, and only then, that our lives can stand the test of the storms that will come our way.