16 But they and our fathers dealt proudly, and hardened their necks, and hearkened not to thy commandments, 17 And refused to obey, neither were mindful of thy wonders that thou didst among them; but hardened their necks, and in their rebellion appointed a captain to return to their bondage: but thou art a God ready to pardon, gracious and merciful, slow to anger, and of great kindness, and forsookest them not.  Nehemiah 9:16-17

One of the greatest mysteries about God is that He grants us forgiveness.  He is a God ready to pardon.  We don’t deserve anything.  But it is not about us.  It is about the character of God that overshadows all of the other characteristics we know about Him—His love.  He demonstrates His extreme, perfect love, by granting the frail creatures we are, a pardon. 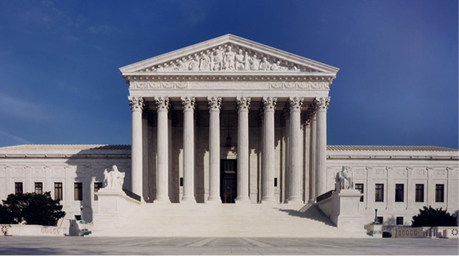 Early in our country’s development, our fore fathers recognized the need for reliable communication across the fledgling nation.  They felt with confirmed certainty that this was an absolutely necessary requirement for the success of the United States.  So they instituted the United States Postal system.  As with any large endeavor, if grew gradually, taking advantage of anything that would help it on its way.  The US government was adamant that the postal service be unconditionally reliable.  They wanted no customer to have any grounds to question whether or not a letter might arrive at its destination.  Thievery was a large problem in those early days, so to cause a potential robber to reconsider his ways, the US government imposed huge penalties on anyone who posed a problem to the US Mail.  To steal from the mail or to harm a postal employee carried a mandatory death penalty—to be publicly hung by the neck until dead.  And largely it worked.  No one wanted to risk death for a few letters or packages.

In those early days of this country, public travel over distances was limited by many factors.  One grand solution that took the nation by storm was stagecoaches.  Many companies started up, running their regular routes, sometimes just locally, and sometimes traversing great distances.  With way stops along the routes for the comfort of the customers, it worked well.  A typical daily route would be 50 to 60 miles, with stops every 10 to 15 miles.  They travelled at an average speed of 5 miles per hour.  Due to the cost of a trip, often it was wealthy people on board the stagecoach.  The postal service took note of this new form of transportation and realized that many of these stagecoach companies travelled regularly from city to city.  It didn’t take long before the stagecoaches were being used not to just transport people, but many of them carried a mail bag or two as well.  This association was good for everyone concerned.  First, the US Mail got delivered in a timely fashion.  Secondly, it gave the stagecoach operator a boost in finances as well, because the US government paid nicely for the privilege of using the stage line’s facilities in this way.  And thirdly, it, in effect, made the stagecoach and driver essentially a part of the US Postal Service.  To rob or hurt a stagecoach driver now carried the death penalty.  The added security was a huge boon to the stage lines.

Now, back to November 26, 1829.  The regular stagecoach line from Reading, PA, to Philadelphia, PA and back, was operating on a daily basis.  It was basically a nice one-day trip, with several way stops along the way.  About half way through the 63 mile distance was a sharp turn in the road at the corner of Ridge Road and Turner’s Lane in a little community known as Kimberton.  Standing in the middle of the road that particular day, with guns drawn, were three masked men.  They robbed each of the passengers and then turned their attention to the US Mail.  They took the mailbag as well, and disappeared into the countryside.

As you might well expect, this act infuriated government officials and a huge manhunt immediately ensued.  This brazen act became national news and was followed by many people.  The US government knew that this case must be dealt with swiftly and decisively to establish their determination to keep the mail safe.  But the perpetrators could not be found, frustrating many.

The stage continued operating between Reading and Philadelphia, and eleven days later, on December 6th, the same three gunmen were standing in the same location bent on robbing the stage again.  This time though, the driver, Samuel McCrea, who had been driving the last time this happened, was incensed and proceeded to resist the robbery.  The gunmen promptly beat him down to the ground, robbed each of the 9 passengers on board and, again, stole the US Mailbag.

Now the US government manhunt was bigger than ever.  No stone was left unturned.  Justice had to be satisfied or the US Postal Service would be in an unwanted condition.  Newspapers carried the story across the country and the nation watched in awe at the enormity of the search effort.  Finally, the three were identified and captured and brought to trial.  The nation looked on as James Porter, also known as James May, George Wilson, and John Poteet were brought to trial.  Each pleaded innocent to the charges.  6 counts each of robbing the US mail, robbing the passengers, and beating a US mail carrier, the driver, Samuel McCrea.

With so much publicity, US Prosecutors wanted to ensure a solid conviction in this case.  John Poteet was just a young kid, hardly a career criminal, so they pressured him to turn state’s evidence against the other two in exchange for clemency.  He took their offer and proceeded to tell the court the entire story.  On May1, 1830, the two men were soundly found guilty on all counts as charged.  Sentencing would occur 26 days later on the 27th.

On May 27, 1830, the two men are again in court for their sentencing.  As was the custom in those days, they were each granted an opportunity to address the court before sentence was pronounced.  James Porter had nothing to say.  But George Wilson did something that shocked everyone in the courtroom that day.  He said that he wanted to change his plea to guilty.  The judge, however, was not moved by this and sentenced both men to die; to be hung by the neck until dead in a very public execution scheduled for July 2, 1830.

The publicity of the trial was astonishing.  Many influential people watched it closely.  As is sometimes the case, groups of people have been known do things that do not make sense to us as we look back at historical events.  There was a groundswell of people, wealthy, influential, people, who responded to George Wilsons’ seemingly changed heart.  Perhaps there was a little bit of good hiding somewhere deep inside this individual.  They searched intently for any options available to them to lessen his sentence and save his life.  The only recourse left, was to petition the President of the United States, Andrew Jackson, and plead the case before him.  Perhaps he would issue a Presidential Pardon.

Public pressure grew and the influential people closest to the President finally were granted an audience with him to plead their cause.   Eventually, he conceded to their request conditionally.  On June 14, 1830, Andrew Jackson, the President of the United States of America issued a presidential pardon to George Wilson.  Specifically, Wilson was granted reprieve from the gallows, but would be required to serve out his other sentences behind bars.  Essentially, he still received a life sentence, but was spared from death.

The pardon was presented to George Wilson immediately, and what transpired next, set the legal world spinning.  George Wilson refused the pardon!  It is the only time in history that this has ever happened, and there was no precedent for it anywhere.  It took 4 months for the case to reach the US Supreme Court.  Their decision is a matter of record now.  On October 21, 1830, the Supreme Court of the United States issued their opinion on the case.  The key phrase in that legal document was this:  a pardon is an act of grace that cannot be forced upon an individual.  It must be accepted by the recipient to become valid.

We look back at the story of George Wilson and scratch our heads wondering why anyone would refuse a pardon, why anyone would refuse the chance to live?  History gives us no insight into George Wilson’s thoughts.  They died with him on the gallows.  But we must ask ourselves this question.  Why would anyone refuse the ultimate pardon from sin that is freely offered by God?  Sin also caries the death penalty, and God grants us the chance at life.  Don’t be a George Wilson.