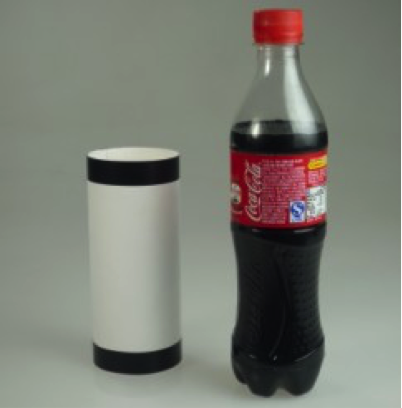 Is God real?  There are times when we may doubt.  Even John the Baptist, one of the greatest men who ever lived, doubted as he sat alone in Herod’s dungeon.  He had been appointed by God to announce the Savior and preach against sin.  And he did those things faithfully.  But when he confronted Herod about his illicit relationship with he brother’s wife, Herod reacted unmercifully and had him thrown into a Roman dungeon to rot.  In that dungeon of despair, John began to question whether or not Jesus was indeed who He said He was.  He gathered his friends around and asked them to go and ask Jesus a specific question regarding His authenticity.  Jesus’ response was dramatic.  In a moment of time, everyone with in a radius of Jesus was instantly and completely healed of all of their physical problems.  Jesus turned to those friends of John and simply said, “Go and tell John what you just saw.”

We live by faith and not by sight.  Taken in context, this verse refers to Heaven.  Paul is talking to the Corinthian church about their ultimate future—where all Christians will spend eternity.  The truth of this verse, though, extends into all areas of the Christian walk.

So much of our Christianity is “un-provable” by the standards of the world.  The culture we live in demands a reality check based upon the five physical senses:  taste, touch, hearing, sight, and smell.  The spiritual world, which is very real indeed, is not accessed by any of these senses.  So the unsaved look at our belief system as foolishness.  Many illusionists throughout history have made a reasonable living proving incredible things with their sleight of hand methods.  Our senses are so easily fooled.

For the Christian, the Bible must be seen as absolutely dependable.  It does not just contain the Words of God—it is the Word of God!  And if God is perfect, (He is, by the way), then His Word is also perfect.  It must become the basis for all that we deem to be true.  If the Bible says it, it is so, regardless of what science or society may be proclaiming at the time.  We cannot believe just a part of it.  Nothing can be discarded as mythology.  If we set anything to the side as questionable, how are we to trust any part of the Bible?

I stumbled upon an interesting activity to show how easily our senses can be fooled.  Obtain three identical boxes of playing cards.  Remove the contents from two of the boxes and lay the empty boxes down on a table stacked directly on top of one another.  Now place the full box of cards on top of the pile.  Using one hand, pick up all three boxes about 6 inches high or so.  Remember how heavy they feel.  Put them down neatly and pick up only the top box again.  No matter how much you may try to convince yourself otherwise, the single box feels like it weighs more that the three boxes together!  What can we really trust?